How Sometimes Less Is More When Selling A Business 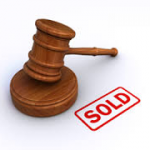 Well, there we were…..after months of hard work marketing his company, reaching out to over 1,000 potential buyers, obtaining over 100 signed Confidentiality Agreements (CA’s), several dozen Indications of Interest (IOI’s) and a handful of management meetings, we, along with the owner, scoured with a fine-toothed comb through seven printed Letters of Intent (LOI’s) laying on our conference room table.

The only thing left for our client to do was to pick the LOI with the highest price and let us push this deal across the finish line so he can cash his check and retire, right? After all, who in their right mind would take less than the highest offer? But as the old football coach Lee Corso says every Saturday morning on ESPN GameDay, “Not so fast my friend!”

It’s true that some owners care only about the maximum monetary payout. However, it’s been my experience that more often than not it’s a combination of price and terms that determination which buyer to choose. Every client has different objectives and perspectives on what they want their exit, or in some cases partial exit, to look like.

The owner, let’s call him George, was approximately 65 years old accurately be described as a humble, gentle and wise human being. Fortunately for George, there were numerous quality offers ranging from $34M to a high offer of $47M.

The CFA Team constructed a decision matrix, which is just a fancy word for a table containing the pertinent data, pros, cons, and comments on a large one page chart. It was at that point, we let George lead the conversation and we primarily listened to him as he went through the offers. Within, five minutes, four of the offers were pushed to the side and that was the easy part, it was the “Final 3” that took a little more time and discussion.

Among the 3 remaining offers, there were many differences in price, terms, future objectives management teams and numerous other categories. In the end, George elected to sign an LOI with Company Y for about $6M less than the $47M offer from Company X. But why?

George is not unlike a lot of other sellers.  While I can tell you that the ultimate sales price was a factor, it absolutely was NOT the primary factor. The reason George chose Company Y’s offer was because it most closely resembled his “mental image” of his post-sell world. Although not the highest offer monetarily, I personally believe that Company Y was overall best fit after getting to know George throughout the process and it didn’t surprise me in the least.

The key decisions that drove George’s decision, in what I perceive to be order of importance were as follows:

In the end, there were several items that George gave up that he didn’t even care about and very few that he did care about. He did sign a non-compete, however he’d never considered competing against his old company especially at 65 years of age. George was not interested in an earn-out. It probably cost him some money, but he was content to remove some risk in exchange for a slightly decreased payout.

The lesson we can learn from this case history (which was modified to protect client confidentiality) is that every owner is different and it’s typically a combination of factors that drive a decision, not just the final sale price.

As a final commentary, one of the things that make our job as CFA investment bankers so satisfying is to see people like George, that have taken risks, sacrificed time and worked incredibly hard to build a terrific business, get rewarded for their efforts when they end their journey as business owners.