The Importance of Succession Planning in Family Held Businesses 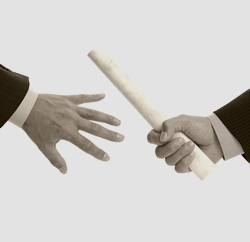 Most family business owners fully intend to keep the business within the family’s control, but choices made by the founder can derail such a plan from coming together. One common reason for inactivity is that the founder fears losing control of the business. They view succession as a demotion from the central role in the business and associate it with retirement and even their own mortality. Research demonstrates that founders tend to remain at the helm on average between 25 and 30 years. This length of tenure has an effect on how second generation family members view their opportunities.

Choosing a successor from the next generation when there are multiple children presents another challenge. How do make everyone feel as if they have been fairly treated, fairly considered? The natural inclination is to avoid conflict, yet this step often pits one child against another, at least in the mind of the founder.

Equally important, how do you insure that the successor has the skill, experience and leadership qualities needed to carry the company through to the next generation?

How does the transition from founder to heir get financed? The financial security of the founder is a fundamental concern. After all, they started and developed the business and it will form the basis of their retirement. They met payroll for their employees before they paid themselves. So after all the hard work, how is long term security insured? Often, the founder finances the sale to the successor via a promissory note. Does this really give him any freedom? Are there other choices?

Fear of losing control, indecision choosing a successor and lack of confidence in the heir are all very real reasons why founders fail to adopt a formal succession plan. But with no plan in place, the death or disability of the founder can be disastrous. Unplanned estate taxes or unexpected health care costs can place an inordinate financial burden on a company, severely retarding its short term and long term prospects.

The purpose of a succession plan is to clearly identify a successor, define key leadership and management roles for both family and non-family personnel and formally outline the goals of the business. In addition, it will provide a financial blueprint for transferring ownership. Ideally, a succession plan is simply part of a company’s overall strategic business plan.

Components of an effective succession plan include:

Once a formal succession plan has been created, it must also be reviewed on a regular basis to make sure the plan is amended to account for any changes of circumstance. An annual review may be sufficient.

Given their entrepreneurial traits, founders give much of their energy, time, and emotional well-being to the startup and growing phases of their businesses. Founders hold an influential role over the succession planning process and the decisions of the succession plan lay primarily with them. Without their willingness to embrace a formally constructed succession plan, it will likely not exist and a business without a succession plan is somewhat like an individual without a will. In the unlikely event that disaster strikes, there is no emergency plan, no predetermined leader. Effective succession plans provide a guiding light in times of transition or trouble.