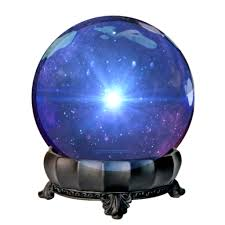 Crystal balls, psychics, astrologers and forecasters all attempt, with varying degrees of accuracy and success, to predict the future.  When it comes to private investment, and M&A in 2016, the picture is even more murky due to the scarcity of reliable information and layers of confidentiality surrounding completed transactions.  Pitchbook, a collector and provider of private company data, did a nice job of translating recent data into hints at what the M&A future may look like next year in their recent Crystal Ball Report for 2016.

We will likely see deal multiples continue to slide a bit lower and deal volume, which lagged in 2015, continue to decline.  One bright spot in this scenario is lower middle-market add-ons which should see volume levels at or near those of 2015.

The Federal Reserve has finally begun to tighten monetary policy as evidenced by its recent rate hike, the first such hike in ten years.  This uncertain climate, coupled with a lack of top tier targets, will force private equity firms, still flush with “dry powder”, to reexamine their investment strategies.  With top tier assets already spoken for, PE firms will continue to face stiff competition for higher performing companies.

The oil and gas sector should be worth watching.  Many of the companies have faced severe challenges and we expect continued M&A consolidation.  Chapter 11 filings may rise as companies seek revamping of their capital structure.  Many PE firms earmarked funds for this sector last year, yet little capital was deployed.

The debt markets have become more volatile as we begin to move into the later stages of business, economic and PE buyout cycles.  Lending institutions will be increasingly cautious and will likely attempt to reduce risk by targeting companies with strong balance sheets.  Direct lenders will continue to bridge the gap and M&A in 2016 may see an increasingly competitive environment for deals with better performing companies.