“This has been a fruitful year for Corporate Finance Associates.  During a time when some M&A firms experienced a lackluster business environment, we added new offices and additional investment bankers, made an impact on the M&A charts and celebrated a win at the M&A Atlas Awards,” said Peter Heydenrych, Chairman and CEO of CFA.  Peter adds, “We are looking forward to the coming years as the baby boom generation looks toward retirement and business exit planning shifts into high gear.” 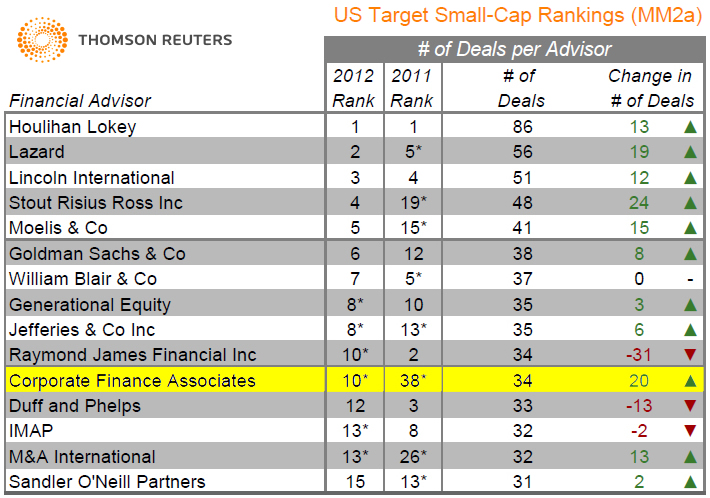