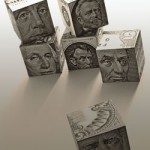 The new Medicare contribution tax on unearned income also applies to trusts and estates with adjusted gross income (“AGI”) above the dollar amount in which the highest tax bracket applies for that tax year. For 2013, the AGI threshold is $11,950 so income above this level could be subject to the Medicare contribution tax. Bear in mind that income distributed to beneficiaries is usually a deduction to the trust or estate for purposes of deriving AGI. However, capital gains are generally treated as part of principal rather than income depending on how it is defined in the trust instrument and applicable state law. In such a case, the capital gains could be subject to the Medicare contribution tax for a trust or an estate (unless it is the final return for an estate since gains are passed through to the beneficiaries on a final return).

What is included in unearned income? Unearned income includes investment related income such as interest, dividends, rents (from a non-active business), royalties, annuities, capital gains (that are not business related), and passive income. So what is excluded from unearned income? Excluded income includes distributions from qualified retirement plans, traditional and Roth IRA distributions, income from an active trade or business (e.g., income from an LLC, partnership or S corporation), active business rents, tax-exempt interest, and certain business related capital gains.

As with any significant transaction, it is important to seek competent tax counsel before entering into a transaction.