Over the life of the blog, much has been posted about Deal Killers, those pesky things to avoid when you’re selling your company.  John Hammett wrote a great series of blog posts several years ago that still stands the test of time.  I thought it was a good idea to revisit this series of posts.  The first two blog posts in this series discussed Deal Killer #1  No Management Depth, Deal Killer #2 Customer Concentration, and Deal Killer #3 Financial Inconsitency.  This post will focus on a current issue…the environment. This is the 4th in a series of 5. 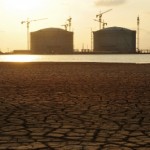 ENVIRONMENTAL ISSUES.  Any environmental issue can be a Deal Killer.  Environmental issues involve government, uncertainty, and legal costs. Environmental laws often put the cost of clean-up to the current owners and operators, even if the pollution was caused by a predecessor company at that location.

If the company uses hazardous chemicals, buyers will be extremely cautious about proceeding with a deal.  Real estate will always be subject to due diligence by buyers and a problem found late in the process will very likely kill a deal.

Buyers are very reluctant to buy real estate as part of a deal, nor do they want to acquire a company that has a “tail” of exposure from previous operations.  Even if the company is only a lessor of the real estate, environmental liability goes back to the company that operated on the site and buyers will want to ensure that they don’t buy that historical exposure when they buy the company

ANTIDOTES.    The key antidotes are knowledge and disclosure.  Sellers should understand the use and management of hazardous materials in their operations so that these can be documented and explained to buyers.

It is best to know of environmental issues ahead of the deal negotiation.   Sellers should do their own research in advance to find out if there is any pollution on their site, whether caused by them or a predecessor.  If any issues are found, these should be described and documented up front.  Some buyers will be willing to work through some of these issues if they are known in the beginning.  Late discovery of environmental issues is nearly always a deal killer.