The Baby Boom is Coming – Can You Beat the Crowd? 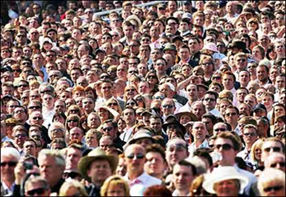 After World War II ended, returning GIs began a binge of family formation at a rate not previously seen in American history. Over 77 million babies were born in the US between 1946 and 1964, the generally excepted definition of the baby boom. Much has been written about the attitudinal and cultural traits of this generation. One thing is for sure: Boomers were entrepreneurial and formed businesses at an unprecedented rate. Over half the businesses in the US are owned by boomers, upwards of 10 million businesses.

Boomers are aging, with an average age of almost 60 years old and the oldest boomers almost 68. While it’s true that boomers think of themselves as younger than they are, this is still an age when many people look to retire. Or perhaps with boomers, re-invent. And this trend will continue for many years as the younger end of the boomer cohort ages and moves into retirement years. The number of people in the US in the 55 to 65 age range will continue to increase though 2018.

This means that is possible that there will be a flood of companies coming on to the market in the next several years. Based on 2010 census data, SME Research estimates that, excluding solo practices, the number of companies owned by someone 55 and older was about 2.7 million. PricewaterhouseCoopers in their recent Trendsetter Barometer Survey of Business Owners, estimates that 51% of owners over age 45 planned to sell their companies to other companies. Fewer than 18% planned to pass the business on to a family member and even less would consider selling it to their employees.

Very few would wind down their companies.

Looking at recent deal trends the story gets even starker about the possible flood of companies that potentially could enter the “for sale” market. Since the financial meltdown of 2008, deal flow for middle market and lower middle market companies has dropped considerably. Even allowing that deal flow in the years 2005 – 2007 may have been somewhat high, it appears that there are thousands of companies that were driven to the sidelines that would have been sold under normal economic conditions. These pent up “undone deals” will likely be added into the large number of companies expected to come on to the market each year.

Deal flow has even gone down in 2013. There are many theories as to why this is occurring, but the consensus is that many business owners are skittish about economic uncertainty and want to hold on a bit longer for conditions to improve. Meanwhile these boomers, who are otherwise inclined to sell, continue to get older still. The chart also overlays the growing number of 55 to 65 year olds onto lower-middle market deal flow count. This looks like it has the potential of a “double whammy” of companies flooding the for-sale market.

What does this mean for company owners contemplating a sale? It means we may be in a unique seller’s market window. Corporations, banks and private equity firms have trillions of dollars available to make acquisitions of privately held companies and they are motivated to do deals.

Given the demographic trends, this imbalance is unlikely to last much longer. But right now, valuations are up substantially. The ACG PitchBook estimates that valuations for middle market companies sold in the first half of 2013 were up 23% over average valuations in 2012 and up even more when compared to 2009 and 2010. Near term forecasts for deal flow activity are uncertain, but on a macro level, it looks overwhelmingly likely that a large number of companies will be coming on the market, driving valuations down. Here’s a quote from a recent research study by SME Research:

“With such a large supply of businesses coming on the market, there will surely be downward pressure on pricing”

Companies don’t need to be perfect to attract interest from sophisticated buyers. These buyers know that many privately held companies were hurt by the great recession. They understand that financial numbers may not be back to pre-recession levels. If a company survived and used the downturn to improve its operational efficiency, this will be especially attractive to sophisticated buyers. Also, flaws in a company for sale may be easily dealt with by the buyer, who may well have the operational horsepower to address these flaws or weaknesses.

The imbalance is being reported in industry publications that follow middle market deal activity. From ACG’s PitchBook covering the first half of 2013, we get the following quote:

This scarcity of deals led to another quote from the same publication:

It’s hard to imagine deal flow slowing down any more, given the amount of companies parked on the sidelines and the aging demographic bubble that continues to move towards retirement. Financial planners are talking to baby boomer clients, urging diversification and risk reduction. For older company owners who have half or even more of their net worth tied up in their companies, this window may be the perfect time to take some chips off the table.

Is it time to think about selling? This is a very personal decision, based on age, health, motivation and many other factors. Owners who are over 55, with diminishing life “runway” to recover from a downturn, should be giving some proactive consideration to selling now. And for those who are serious about selling in the next 18 months, there may never be a better time than right now.