The Art of Corporate Inversions 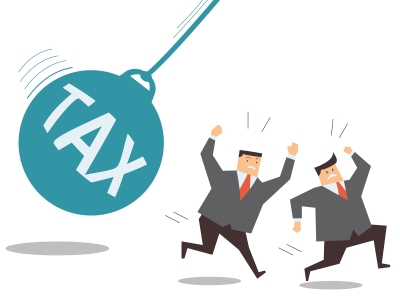 Have you ever heard of a “Double Irish?” To some readers, this term may sound more like a stiff drink. Perhaps the tax lawyers and accountants that serve multinational corporations are becoming more like bartenders by preparing the kind of “drinks” their customers really desire.

The Double Irish is a tax avoidance arrangement involving two Irish registered companies. The structure is quite effective for companies with valuable intellectual property rights and it has been commonly used by large technology and pharmaceutical companies. The structure involves the payment of royalties and fees between controlled entities for the use of intellectual property rights. One of the Irish companies is offshore and located in a tax haven such as Bermuda or the Cayman Islands and holds non-U.S. intellectual property rights. The other company is based in Ireland. The entity based in Ireland pays royalties and fees to the entity in the tax haven thereby reducing taxable income. The left over profits for the entity based in Ireland are taxed at the rate of 12.5%. Now compare the foregoing structure to a plain vanilla C corporation based in the United States, with taxable income above $18,333,333, thereby paying income tax at the rate of 35%, plus any applicable state and local taxes.

It is no secret that the tax rate imposed upon U.S. based corporations, not under an S election, is rather high compared to other developed countries. As a result, since the late 1990s, many large corporations have changed their domicile to another foreign territory or country such as Bermuda, Switzerland, and Ireland. The process involved with changing the domicile to a foreign location is often referred to as a “corporate inversion” or “inversion transaction.” Before the U.S. tax law change made in 2004, it was simply a matter of reincorporating in the foreign location. After the 2004 tax law change, the inversion transaction has to include the merger or acquisition of a foreign entity by the U.S. based entity and a new company is formed outside of the United States. In August of this year, there was an announcement about Burger King Worldwide, Inc. doing a deal to acquire Tim Hortons, Inc., a company based in Canada. The plan includes the setup of a new headquarters for the company in Canada, which enjoys a lower corporate tax rate than the United States. While the Burger King transaction was moving forward, there were other significant pending deals that involved inversion transactions.

It is clear that the Obama administration is attempting to make it more difficult for U.S. based corporations to execute favorable inversion transactions. On September 22, 2014, the Department of the Treasury issued Notice 2014-52, Rules Regarding Inversions and Related Transactions. Pursuant to the referenced Notice, the IRS and Treasury Department plan to issue regulations under IRC Sections 304(b)(5)(B), 367, 956(e), 7701(l) and 7874. It is reasonable to assume that all of the contemplated regulations will make inversion transactions more challenging to reach the desired results.