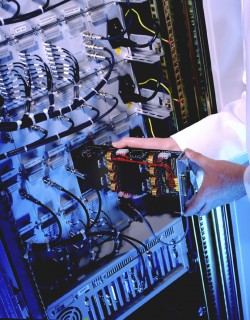 M&A activity in the North American Media and Telecom sector for Q4 2013 through February 14, 2014 included 334 deals announced or closed according to data provided by S&P Capital IQ.  According to a report from international consulting firm PriceWaterhouseCoopers, the advertising and marketing, communications (telecom), and broadcasting subsectors were the big drivers of deal value in 2013 and the activity will likely continue in 2014 as large strategics look to consolidation for growth. Broadcasting deal value increased by $20.5 billion, from $5.8 billion in 2012 to $26.3 billion in 2013. Recently, deal value in the telecom and communications space has been dominated by large transactions, including Softbank’s $20.1 billion acquisition of Sprint Nextel in 2012. As the use of mobile devices and the appetite for big data continues to grow, this space should be as active as any for the foreseeable future.