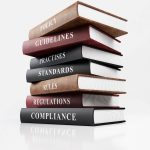 That article described in detail what licenses and registrations were required by intermediaries party to such transactions; why many intermediaries refuse to become licensed and registered (i.e. to avoid the costs to set up and maintain a registered broker-dealer in full compliance with the various applicable federal and state regulations); and the potential onerous consequences of utilizing the services of an unlicensed and unregistered intermediary (i.e. under the Sarbanes-Oxley Act, an aggrieved party to an illegal securities transaction exercising their right of rescission up to five years post-close and also initiating legal proceedings against the parties to the transaction).

Since the publication of the original article, many intermediaries continue to practice without the required licenses and registrations while putting their clients at risk as described above. However, they do so more boldly today claiming they are now protected by the M&A Brokers No Action Letter published by the SEC staff on Jan. 31, 2014.

At first glance, it might appear that those unlicensed and unregistered intermediaries are now finally operating within the law and, in so doing, finally protecting the interests of their clients. Closer examination, however, tells a very different story.

That ground was further plowed by the Second Circuit, which found in both Amalgamated Clothing & Textile Workers Union v. SEC and NYCERS v. SEC that judicial deference for SEC no action letters was not warranted.

Given the above, the requirement under both federal and state securities laws that anyone who “effects the transaction of securities” be a Registered Representative working in the context of a Registered Broker-Dealer and be regulated by an organization such as the Financial Industry Regulatory Authority (FINRA) continues to apply. Intermediaries not meeting those requirements are still not licensed to deal.

Business buyers and sellers would be wise to only engage the services of an intermediary who is also a Registered Representative (i.e. is sponsored by a Registered Broker-Dealer); has their required securities licenses (i.e. Series 79 plus the Series 63 that is separately required for interstate transactions); and, further, is registered in the state where their practice is located, the state where the seller is located, if different, and the state where the buyer is located, if different again. Proof of licensures and registrations is available at http://brokercheck.finra.org/ and at your state’s division of securities. Seek legal counsel first to ensure that you are selecting a legally qualified intermediary.