Still a Sellers’ Market, But Not Forever 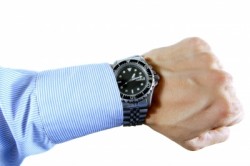 On June 1st, Ferrellgas Partners (NYSE:FGP) announced the acquisition of Bridger Logistics LLC for $837 million, a valuation representing 8.3 times future EBITDA of the Dallas-based crude oil hauler. The transaction is further evidence that activity in the energy sector is healthy despite the dramatic reduction, and subsequent less dramatic though reassuring re-bouncing in the price of oil that has impacted the sector over the past several months.

The transaction also illustrates that, despite a moderate decrease in middle-market M&A activity in 1Q2015 compared with the record-breaking trends of 2014, we are still in a sellers’ market…for now.

Yes, Ferrellgas is a NYSE traded company implementing an aggressive diversification strategy; yes, the transaction was structured to include a mix of cash and stock; and yes, Bridger Logistic has experienced extraordinary growth (the company was named Inc. Magazine’s fastest growing energy company in 2013), but with only 5 years in existence, Bridger has yet to prove its model in a non-boom environment.

Valuations are high because cash is plenty available in the coffers of strategic acquirers and of Private Equity groups which held close to a record $1 trillion in dry powder in 2014 fully cognizant that, if not deployed dry power gets wet. Cost of borrowing is at record lows, and many lenders are increasingly willing to tolerate higher leveraged deals. Quality targets are aggressively pursued by competing investors, especially in the middle and upper middle-markets, but with 800-900 quarterly PE-backed transactions between 3Q2013 and 4Q2014, quality is becoming increasingly scarce.

This situation clearly represents a window of opportunity for sellers getting ready to go to market, and for would-be sellers to join them. However, the rate at which Private Equity is raising new funds is slowing down, which could be read as either a saturated, or a fatigued environment, both of which may translate into an end of the current cycle and its fat valuations.