Second Half of 2016 – Marked Increase in M&A Activity 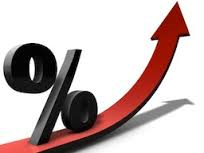 Sectors that saw the most activity were metals/metal products (981 deals) followed by general capital machinery (799 deals) and publishing/printing (791) deals.

Senior debt rates for the first half stayed relatively steady with a debt-to-EBITDA ratio of approximately 3.0x. The number shows there is still a hearty appetite for lenders to private capital for M&A and other capital expenditures.

According to data from international accounting firm Ernst and Young, the second half of 2016 should show a marked increase in M&A activity while not quite reaching the fervor of 2015. The spike is expected to be driven by stability in both the debt and equity markets. In addition, many sellers may be looking to exit prior to the end of 2016 as a new administration prepares to lead the United States.

On the public markets, the second half of 2016 is projected to continue at strong clip with the bulk of the fallout from Brexit in the rearview. However, uncertainty still permeates Europe and the election cycle stateside could cause some volatility. IPO activity should continue to pick up piggybacking the recent success of companies like Twilio (TWLO).