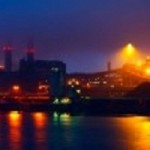 M&A activity for North American based industrial target companies in Q3 2014 included 563 closed deals and total deal value of $20.3 billion, according to data provided by S&P Capital IQ. This is a slight increase from the previous quarter where 541 deals were closed. Total transaction value increased from $11.4 billion to $20.2 billion from Q2 2014 to Q3 2014 largely due to the AECOM acquisition of URS Corporation.

Oil, gas, and petrochemical related companies dominated industrial manufacturing activity. Almost 40 percent of US related transactions were energy related deals. In addition, there were several mega-deals announced, indicating the market has grown and is actively looking to consolidate. According to the report, industrial manufacturers will continue searching for growth in non-core businesses with good leadership and an existing competitive edge.