I was recently interviewed by Andy Jones of Private Equity Info about recent trends in mergers and acquisitions. Below are the highlights of our conversation.

Baby Boomer Bulge in the M&A Pipeline
Being a baby boomer myself, I expected the past several years to have been almost a glut of sell-side opportunities. But it hasn’t happened. I think we all thought it would come to pass. The baby boomers are aging better than their parents did. Many are still having fun working 50-60 hours per week.
This is a friendly industry. We frequently talk to our competitors and we generally get the same feedback that we see ourselves. That is, when it was about time for the baby boomers to exit, the economy started doing well. So, these baby boomers’ businesses are making good money. Right or wrong, (mostly wrong), they tend to say, “If things are going great right now, why would I sell?”.
Sooner or later they are going to transfer their businesses. At some point, not only will their age start to make it more imperative, but the economy may start to turn down as well. If we are right, and it happens when the economy isn’t great, their valuations are going to plunge. If the seller-to-buyer ratio starts to shift (in favor of the buyer), that will drive valuations down further. For those that hang on until the last minute, all I can say is “looking back won’t be fun”.

I tell people, if I had a brother or sister or child with a business that was doing well right now and it wasn’t for sale, I would hit them with a two-by-four… unless they want to keep it for another 10 or 20 years. 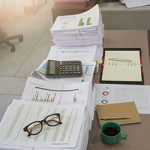 Increased Valuations Impact on Deal Structure
I don’t think higher valuations are impacting deal structure. We don’t see any more or less earn-outs or notes than we used to as a percentage of transactions. But increased valuations have impacted two things:

One, due diligence is much tougher than before. With buyers paying high multiples, they are making sure to look under every rock, that it’s a squeaky-clean deal.

And two, there is more renegotiation of price than there used to be during the due diligence phase. The rubber band is so tight, the deal has no flexibility. If one little thing is out of place, the buyer wants to re-trade. We see this from both corporate buyers and private equity firms.

Main Challenges in Closing Deals
Most deal challenges now are related to due diligence. It’s almost to the point of being silly. There are a lot of questions being asked and analyses being done that really aren’t relevant.

Quality of Earnings (QE) is the driver of due diligence… and it has become onerous. It can be a difficult process because so much of it is a matter of opinion, not fact. That is the biggest challenge of any deal, the buyer’s QE.

We encourage our clients to do their own due diligence prior to entering the sale process, to have more robust data rooms and to hire someone to do a Quality of Earnings analysis. The buyers are still going to do their own due diligence work. But if the seller has a reputable firm do QE in advance, then the seller has some ammunition to fight gray-area claims that come from the buyer’s QE later. Furthermore, if there’s a real issue, like a revenue recognition issue that needs to be addressed, the seller can address it early in the process rather than having a surprise in the third month of due diligence.

Difference in Contract Terms
The biggest difference in contract terms now is the use of rep & warrants insurance. This insurance is becoming a significant piece of offers and is now used on a larger percentage of deals (including smaller deals). We are seeing a lot of contracts include reps & warrants insurance to give both sides a better feeling about who is going to pay for any future problems with the deal.

Reps & warrants insurance takes the risk off the seller for future discoveries where a rep & warrant is breached. With this insurance in place, instead of having a $5 million cap on reps & warrants going forward, the seller might only have a $500,000 cap. Anything above this is taken care of by the insurance company.

The buy-side usually purchases this insurance because it is easier to collect from an insurance company if a claim is valid than from someone who may now be your partner. So, there’s also a social reason for it. You hate to sue your partner. Buyers now use this as an extra bit of ammunition when they are bidding on a deal.

There are probably a dozen companies aggressively offering reps & warrants insurance for M&A transactions. There were perhaps as many as 3,000 policies written last year (2017). Now, with sufficient history with these policies, the underwriters are realizing there are very few claims.

We are also seeing heftier letters of intent (LOI), meaning that more of the detail that used to be reserved for the final purchase documents is at least addressed in the LOI due to sellers’ concerns about re-trading.