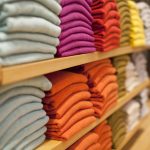 The report below gives a good overview of the second quarter M&A activity in the Consumer Retail Industry Sector. M&A activity for North American based target companies in the Consumer and Retail sector for Q1 2019 included 151 closed deals, according to data published by industry data tracker FactSet.

One of the notable middle market transactions was announced in March when a private group led by OpCapita LLP and the management of Maurices, Inc., acquired an undisclosed majority stake in Maurices from Ascena Retail Group Inc for US$300 million in cash. The transaction would allow Maurices Inc to enhance its growth opportunities. Founded in 1931, Maurices is located in Duluth, Minnesota and operates retail clothing stores.