Don’t Get Caught in the Coming Interest Rate Updraft 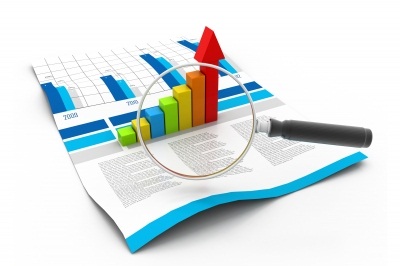 You’ve heard the experts telling us. Interest rates are going to rise this year. The yield on the Ten Year Treasury (TYT) is already up 100 basis points since early last year.  At just under 2.75% the TYT could hit 4.0% or more by year end.  Why? The Federal Reserve Bank will soon decrease their economic manipulation known as Quantitative Easing by reducing the amount of mortgage backed bonds they’ve been purchasing from the market (thereby artificially pumping cash into the marketplace). At the peak they were buying over $85 billion each month. Over a trillion dollars a year in printed money dumped into the market to keep interest rates down and hopefully spur economic activity. This promotes inflation which is how the Fed pays off its debt with cheaper dollars.

Whether it worked or not is open to debate. What you should be mindful of is the coming increase in the cost of business loans and consumer loans. Increasing those costs will have a dampening effect on the economy in general, and for some businesses a very specific effect.

So if you have plans to borrow money on a term debt basis this year, it behooves you to get cracking and do it now or sooner than later. First of all, you’ll have a chance to lock in some still very attractive rates, many with fixed pricing for up to ten years. And you won’t have to get in the likely long queues at banks that will occur if all of a sudden everyone else thinks they better get their loan now too. With all the new Dodd-Frank Economic Regulation Legislation it takes longer and is harder than ever to get a loan today. So chop-chop and don’t delay.

Try to avoid that situation where you are reflecting back over the last few months and you suddenly realize you should have done something so simple that could have saved you some serious money. Don’t get caught saying I  “coulda, shoulda, woulda”  made that loan request and just watched loan rates go up 200 basis points or more. Once loan rates start rising, the so-called “spread”,  or the amount of the loan rate over the cost of the funds to the lender, will also start increasing in anticipation that loans made today will need to have a higher spread to offset the diminution of value as rates continue to rise, to who knows what level.

A $1.0MM loan with interest rates up 2.0% will cost another $20,000 per year, or $200,000 a year for a $10.0MM loan. Those amounts could fund a single delivery truck or a whole fleet of vans; it could fund a new piece of production machinery, a marketing campaign to increase sales, and so much more.

Try not to leave anything on the table this year when it comes to borrowing precious capital. Get ready, be prepared, visit your lender and get the process underway.  It just might make a big difference. And if I’m wrong about rates increasing soon, then at least you got the job done and have that new funding in place at still very good rates.  Best wishes for a healthy and prosperous 2014.