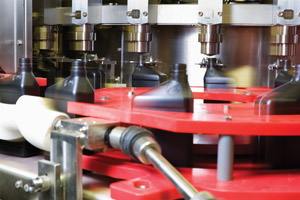 Slowing growth in the oil production sector could reduce demand for some industrial equipment wholesalers. Oil production and prices have boomed in recent years, particularly in the US, but Brent crude spot prices recently hit a six-year low. Falling oil prices are expected to slow production growth over the next two years among non-OPEC suppliers, a key customer segment for industrial equipment dealers. US crude oil production, which rose 16 percent in 2014, is projected to grow 8 percent in 2015 and 2 percent in 2016, according to the US Energy Information Administration’s Short-Term Energy Outlook for February 2015.

The best post-recession year for machine tool consumption could be ahead in the remainder of 2015, according to the Gardner Research Capital Spending Survey and Forecast. Metal cutting machine tool consumption is expected to grow by close to 40 percent and reach $8.8 billion by the end of the year. Gardner predicts that the US could become the top consumer of CNC machine tools in 2015, for the first time since 2000. Top industries for machine tools in 2015 include job shops, machinery and equipment manufacturers, and automotive in Industrials M&A.