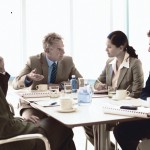 While a company owner, and before joining CFA, I thought that with regards to an exit strategy it was simply ‘all-or-none’.  That I either retained ownership of my company, and perhaps position it for the next generation, or sell it and walk away.  Unless they’ve taken the time to research this (and surprisingly few have), most owners of lower-middle market companies feel the same way.  This leads to a natural hesitation and, at times, delay in planning their exit until some catalyst dictates otherwise.

The reality is different, however.  With so much capital in the market seeking decent returns, and a multitude of entities looking to invest that capital; there is a wide spectrum of exit options available to company owners.  I have coined this the ‘In-between’ as opposed to ’all-or-none’.  It’s crafting a transaction that is a solution for the company owner/s that meets their monetary and intangible (legacy, treatment of employees, etc.) needs.

The range of options ‘In-between’ is very broad and can be tailored to the desires of the owners.  An example is two equal partners in their mid-60’s who have successfully grown their business.  Now, one partner wants out.  She’s ready to retire, spend time with her grandchildren, and travel.  The other partner still has energy, sees additional growth opportunities, and would like to continue running/growing the company.  Yet, he doesn’t want to buy out the first partner and own 100% of the company (and maybe take on debt to do so) at this point in his life.  In fact, he wouldn’t mind taking some chips off the table as well.  A transaction with a strong financial buyer/partner was the solution.  It enabled the first partner to cash out her half of the company, and after a transition, accomplish her goal of spending time with her family.  The second partner took 80% of his chips off the table, reinvested the remaining 20% into the new entity and continued his leadership role with renewed enthusiasm.

Enabling a matriarch/patriarch to sell a majority interest yet retaining an equity/management position for the next generation.

Structuring a transaction such that two senior managers, who do not have the wherewithal currently to buy out the company owner they’re working for, can invest as minority owners to start and then have a clear path to majority ownership over a set time-period.

Allowing three of the four sibling owners, who inherited the company from their parents, to sell their portions, yet retaining equity/management/legacy for the sister who wishes to continue.

It is satisfying to show these types of transaction examples to owners who are just starting to contemplate an exit. It often opens their eyes to the realization that instead of ‘all-or-none’, the best solution for them may be ‘In-between’.