Get a Higher Business Sales Price with this Trifecta 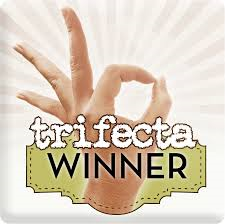 The first half 2015 GF Data report on private company mergers and acquisitions was recently released. They do a very good job of compiling private company transaction data. They take their time to make sure they get it right, analyze the data and report their findings quarterly.

Data confirms that companies in all industries who fall under the “trifecta” of categories…1) previously owned by institutional investors, 2) above average financial characteristics and 3) continuation of management post close…command much higher purchase prices when they go to market. Even on an individual category basis, the multiples are higher than the average multiple of 6.7x earnings. Companies that were formerly owned by institutional investors i.e., corporations and private equity, commanded a 7.2x multiple, while those companies with above average financials averaged 7.4x earnings. Companies with retained management averaged 6.8x earnings. However, if a company carried all three, or a “trifecta” of categories, the average multiple rose to 8.4x. And that’s just the average. Factoring for size, the numbers are even more remarkable.

In the first half of 2015, the preeminence of the stand-alone platform acquisition (where the acquired company becomes a “platform” for multiple “add-on” acquisitions over the next few years) seems to be re-establishing itself. The average multiple for platforms exceeded the average for add-ons 6.8x to 6.5x. Deals involving companies with above average financials accounted for 66% of all activity during the period, well above the historic average of 57 percent.

There’s a lesson to be learned here. If you work to place your company in any (or all) of the “trifecta” categories before you go to market, you will likely be rewarded with a higher purchase price.