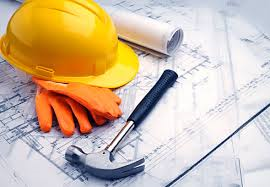 New US infrastructure projects such as repaving roads, shoring up bridges, and expanding busy highways with toll roads – a key source of demand for contractors – are predicted to rise in value in 2017 compared to the year before, according to Dodge Data & Analytics. The value of new public works construction & engineering projects, which include highway, street, and bridge construction as well as natural gas and oil pipelines and environmental work, is expected to rise 6%. The forecast represents improvement over 2016, when the value of new public works projects fell by 3% year over year. Demand is being driven in part by highway and bridge work funded by the new federal transportation bill.

New US regulations make it easier for companies that construct highways, streets, and bridges to begin or expand their use of drones. The FAA in mid-2016 issued commercial drone regulations that allow construction companies to begin using drones within days, rather than weeks or months. The infrastructure sector, along with the engineering & construction sector, leads in the number of exemption applications since the FAA began granting exceptions to its ban on the commercial use of drones. According to the Association for Unmanned Vehicle Systems International, nearly 40% of FAA-approved exemptions so far have come from these sectors.