Congratulations! You Sold Your Company. So, How Much Money Did You Leave on the Table? 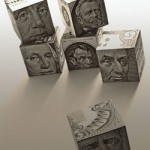 It was certainly flattering when you received that unsolicited call from the CEO of one of the major players in your industry. Maybe he remembered you granting him that one foot “gimme” putt at the trade association golf tournament two years ago. In any case, during the call, he said some very nice things about your company and how teaming up with his would be a “win-win” situation for both of you.

During the discussion, he offered a price that seemed fair; and, in short order, you signed an LOI that took you off the market for 90 days while all the final details got worked out. Sure enough, he kept his word; paid his price on the designated close date; and you are now golfing near full time while regularly granting one foot “gimme” putts in anticipation of more good karma in the future.

So, looking back, have you ever wondered how much money you left on the table by accepting that seemingly “fair” price from that single offer? Actually, you will never know because you fell into the all too common trap of voluntarily binding yourself into a non-competitive process that, by design, was to the clear advantage of the buyer and to the distinct disadvantage of you, the seller.

Selling a business is typically the single most important financial event in a business owner’s life. It is the one opportunity to unlock and monetize the owner’s lifetime investment in the business at the highest possible price yielding the highest return on all the years of sacrifice and hard work. However, maximizing the premium paid by a buyer on the most acceptable terms is not the usual result of a non-competitive sale.

Instead, the highest and best offer for a business is almost always the result of proactively reaching out to the universe of synergistic strategic and financial potential buyers in the context of a competitive, confidential, and protocol driven process.

Such a process minimally includes: 1.) adjusting/normalizing the financials to uncover the true free cash flow of the business; 2.) crafting effective descriptive materials to market the business; 3.) identifying and contacting the appropriate target set of potential buyers; 4.) screening the responders and placing the sub-set of cleared buyers under a CA/NDA; 5.) transmitting the marketing materials to those cleared buyers; 6.) iterating Q&A and additional info requests; 7.) facilitating conference calls/site visits; 8.) managing mutual due diligence; 9.) further down-selecting the previously cleared buyers to the most interesting candidate(s) via a variety of devices; 10.) helping to obtain financing, if required; and 11.) negotiating the definitive purchase agreement to a successful close.

Does all that seem daunting, given that, in parallel, you would have had to continue running your business? Well, you need not have been so distracted. Rather, you could have had your investment banker, who specializes in such processes, conduct it on your behalf. That would have allowed you the freedom to continue growing your company. It also would have provided an insulator between you and the buyer to preserve goodwill during those sure to arise “sticky” points in the negotiations.

Most significant, the result of the described competitive process would have been the greatly enhanced likelihood that you would have found that particular buyer who saw the most value in your business; and who was thus motivated to pay you the highest premium and best terms for it. The winner of the process might very well have been the original buyer that contacted you. However, knowing that he was in a competitive process being run by a professional investment banker would have forced him to improve upon his original offer or give way to a better offer from another buyer who valued you more.

Hopefully, everything worked out well for you. However, when your golfing buddies seek your advice on selling their businesses, let them know that an investment banker managed sale process could save them from agonizing post-close over how much money they might have left on the table. Then, they could afford to dial up their “gimme” putts for you to a more generous two feet.

Download the The 7 Step Guide to Business Exit Planning