Our client retained us last year to consider multiple options: 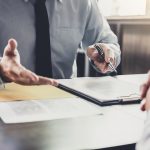 Our client tasked us with identifying prospects for all four options/outcomes. Because the company had only recently become profitable, many buyers, investors and lenders were concerned about sustainability of growth in both revenue and profit margins.  This feedback was enough to wind down the 100% sale and control investment efforts and focus on the other two alternatives.  Several groups expressed interest in providing senior debt financing but ultimately demurred because the Company was asset light.  We identified numerous parties interested in the minority investment option and ultimately narrowed the field to one potential partner, a well-known and long-established Private Equity Group (PEG) focused exclusively on minority investments.  An acceptable term sheet was negotiated and executed.

As part of the due diligence process, we conducted interviews with CEOs of companies who had closed deals with PEG investors and members of our client’s Board of Directors and senior management were involved in those CEO calls. The PEG Investor’s due diligence process included a Quality of Earnings review, a deep dive into our client’s IP, operations, and a very thorough review of our client’s industry.  Once these reviews came back supporting the investment, the lawyers were instructed to draft closing documents. In our opinion, the work of the PEG Investor’s counsel was not supervised particularly well by the PEG Investor and as a result the documentation process dragged on for an unnecessarily long time.  Unfortunately, the PEG Investor’s counsel included terms in the final documents which were not present in the original term sheet, commonly referred to as a “re-trade” in the investment industry.  Understandably, our client was not happy about the “re-trade.”

Once an LOI or a term sheet is provided by an investor, it is rarely withdrawn by that investor.  They want to close on their deals and seek market credibility.  Once a LOI or term sheet is executed, the only legitimate reasons to not close are related to significant changes in the company’s financial performance or material findings during the due diligence process.  Buyers/Investors typically work to get through all the issues without changing the deal terms.  LOIs are sometimes terminated by the client, usually because of changes in their management’s strategy or because the seller’s Board is not fully committed to the chosen course of action.

The cost of  killing a deal is extensive and expensive including the client’s legal and professional support, internal time, and the investor’s costs – legal and third-party experts.  As such, a decision to execute a full or partial sale, an acquisition, or a financing requires initial and ongoing commitment from buyer/investor and seller above and beyond what is required in the normal course of business.