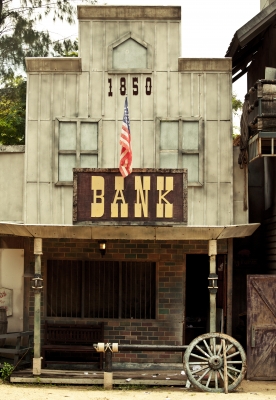 I have recently been elected to the board of directors of a community bank in Atlanta.  My prior experiences with banks have been obtaining loans and having business and personal accounts to pay bills and cash checks.  I sit on a number of committees, including a loan committee.  Over the past few months my experience has confirmed that the relationship that a business owner has with his/her banker is critical.

I had a client several years ago whose business was very negatively affected by the downturn.  His bank, a national bank, took the opportunity to force him to pay penalty interest for what they viewed were covenant breaches.  We obtained an SBA loan, refinanced the bank’s loans, and negotiated to get much of the penalty interest refunded to the client. Another client was recently informed by representatives of his national bank that his banking relationship was not big enough for them, so he needed to find another bank!  Apparently $10 million in loans and active bank balances was not enough for them.

Last night I was talking with the president of my bank and an owner of a local $60 million business.    This owner had no relationship with anyone from his national bank except that he had played golf once with someone senior.  He was very interested in talking to us as he was looking for a real banking relationship and some true service.

As a business owner, how good is your relationship with your bank?  While the big banks do all the advertising and seem to want your business, the community and regional banks may be a better choice.  When we review a loan application, much of the conversation is about the longer term client relationship.  Do you feel that your banker feels that way?