After a multiple quarters of strong growth in North American M&A activity, things slowed down a bit in the first half of 2015. Still, a slight dip in activity does not signal an impending downturn, rather a leveling off of what has been a feverish pace. Below is a by the numbers look at H1 2015 according to data published by global research firm Bureau Van Dijk: 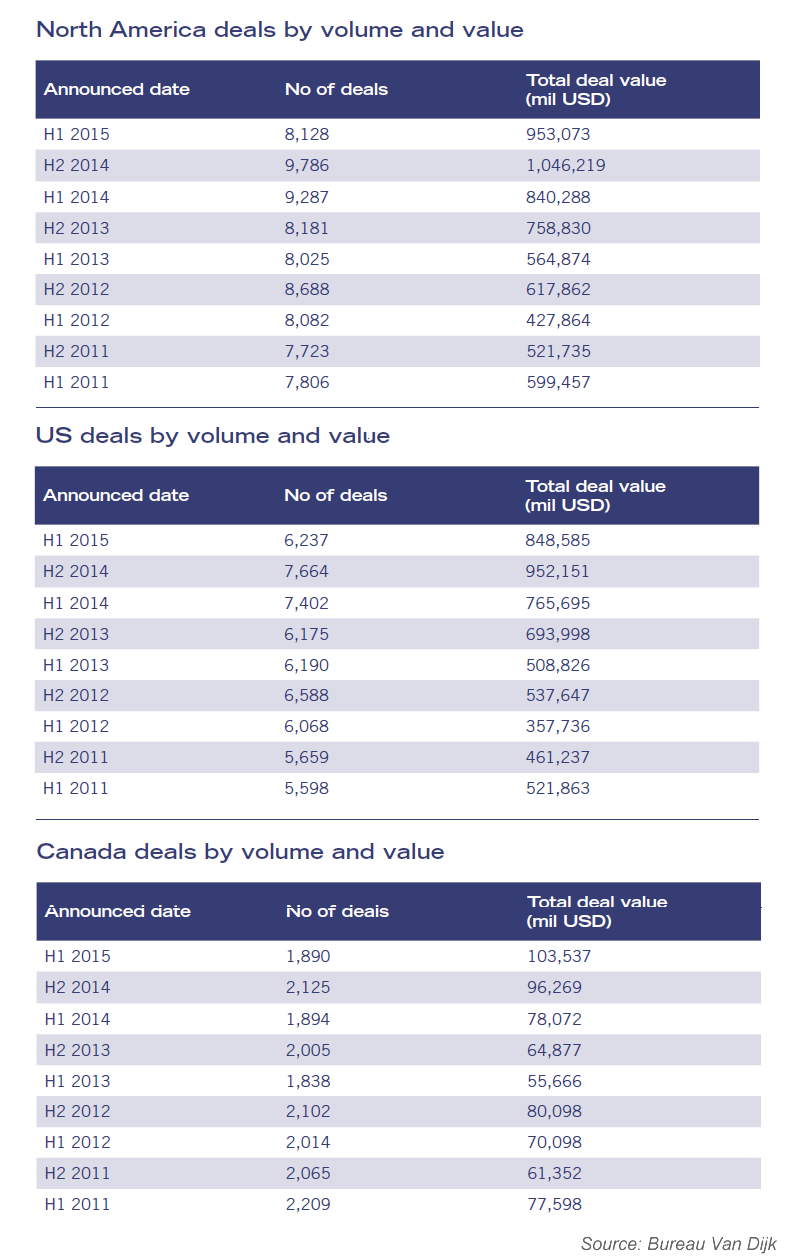 In the middle market (deals between $1 million and $500 million) M&A has remained strong, driven by private equity groups looking to deploy capital and strategic companies eager to increase capabilities. Below is a look at the sectors that have experienced the greatest activity: 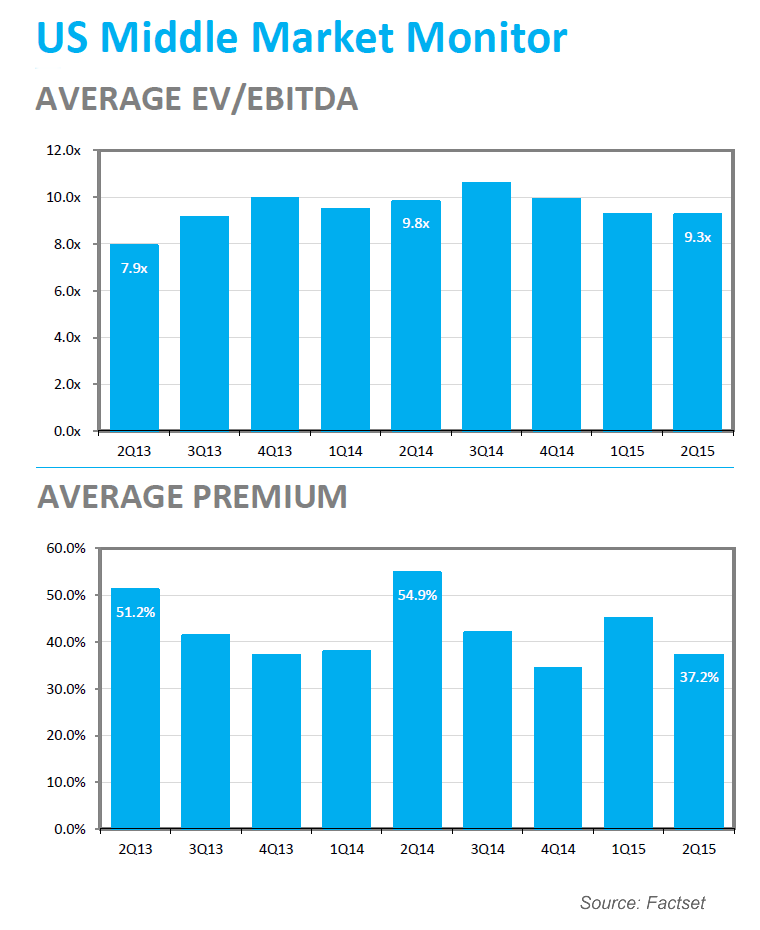 According to Bureau Van Dijk, private equity M&A activity in North America has kept passed with the overall macro trends slowing down as compared to the prior six months. However, while deal volume declined, value per deal increased.