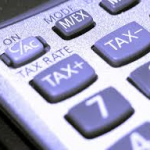 In my blog post of October 27, 2014, The Art of Corporate Inversions, I alluded to the fact that, relative to other countries, the United States has the highest income tax rate imposed on C corporations. And since the late 1990s, several multinational corporations have changed their domicile to another foreign territory or country. Federal lawmakers have passed stricter rules in an attempt to prevent corporate inversion transactions and income shifting strategies.

With the concerns about the shifting of income from the United States to lower tax rate countries and the effect upon the U.S. economy, several studies were conducted. An interesting recent article at the Tax Foundation website touches on some of the studies and suggests that a lower tax rate structure for corporations, which are subject to U.S. income tax, could reduce income shifting by multinational corporations and increase the tax base. In some ways, this concept is similar to the famous “Laffer Curve” that was introduced by Dr. Arthur Laffer in the late 1970s and supported the macroeconomic theory of supply-side economics.

Last February, as part of the 2016 budget proposal, President Obama recommended a reduction in the corporation income tax rate from 35% down to 28%, with a special rate of 25% for manufacturers. The proposal provided for unspecified cuts in tax preferences and a one-time tax on unrepatriated foreign earnings of U.S. based multinational corporations. At this moment, we are patiently waiting for Congress to pass a budget for the 2016 fiscal year.

Last July, Representatives Charles Boustany (Republican – Louisiana) and Richard Neal (Democrat – Massachusetts) released a discussion draft of their Innovation Promotion Act of 2015, which is an “innovation box” bill to provide for a 10.15% effective tax rate on income derived from certain intellectual property. This tax based incentive is not new to some of the countries that belong to the Organisation for Economic Co-operation and Development (OECD) and have their own “innovation box” low tax rate incentives. Unfortunately, with any specific tax incentive, legislation of this type adds to the complexity of the tax code and the cost of tax administration.

It is challenging to guess what the corporation income tax rate will be in a few years from now but it will be interesting to observe what happens when Congress addresses the issue.