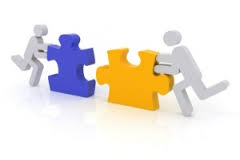 The success or failure of an acquisition depends on how the target is integrated. The prevailing fallacy is to integrate based on relative size; smaller targets are fully merged in with the acquiring company while larger targets remain standalone operations.

Successful integration requires a clear understanding of what is being purchased. The best way to do that is to look at a business in terms of its basic elements, its resources, processes, and priorities.

Resources are physical things such as people, products, and customers. Processes are the way in which a business uses its resources; how it designs, sells, and manufactures its product or service. Priorities are what guide a business; they are its customer value proposition and profit formula.

Resources are easily integrated. Processes and priorities are not.

In acquisitions where the value of the target is its resources, these resources can, and likely should, be immediately and fully integrated into the acquirer’s business. Resources can move between organizations without losing their value. Chances are they may even benefit from being utilized by the acquirer’s superior processes and priorities.

On the other hand, when a target’s value is its processes or priorities, the acquirer should leave it as a standalone operation. Attempting to integrate would be detrimental to both businesses. The acquirer’s business already has its own processes and priorities in place, integrating a competing method and style of doing things would lead to one of two things: constant adversity within the organization, or a muddled hybrid system that will fail to deliver.