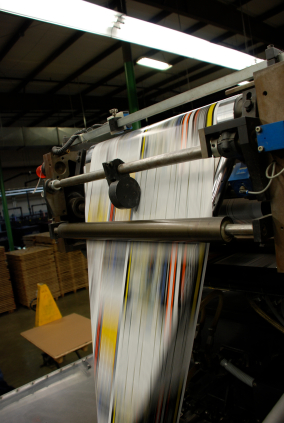 Sparked by the RockTenn and MeadWestvaco transaction there appears to be a strong trend toward consolidation in the print & packaging sector. On the printing side there is a trend toward technological acquisitions and strictly print outlets look to acquire digital properties. An example was early in the year when A.H. Belo Corp., owner of the Dallas Morning News, purchased a majority ownership stake in three Dallas-based digital marketing companies for $15.3 million as part of the publishing company’s ongoing push to diversify.

Commercial printers continue to be challenged by the trend toward digital advertising formats. Global spending on newspaper and magazine advertising, a major demand driver for commercial printing services, is expected to decrease over the next two years as digital marketing activity increases. Spending on newspapers and magazines is expected to fall 3.8 percent and 1.7 percent, respectively, in 2015, according to a forecast released by media planning agency Carat in March 2015. Newspaper spending is projected to fall an additional 2.5 percent in 2016, while magazine spending is expected to drop 1.7 percent. Meanwhile, digital ad media spending is forecast to jump 15.7 percent in 2015 and 13.8 percent in 2016.