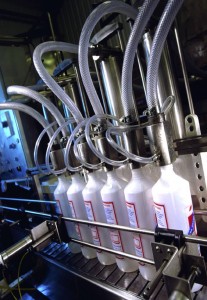 Plastics & rubber production and commodity pricing declined significantly in 2015 and has shown limited signs of improvement in early 2016.

M&A activity for North American based target companies in the Plastics and Rubber sector for Q4 2015 included 26 closed deals, according to data published by industry data tracker FactSet.  The average transaction value was $311 million.

US resin manufacturers pursuit of growth in other countries could intensify if the plastics & rubber industry’s production capacity expands beyond domestic needs. An abundance of cheap natural gas has attracted billions of dollars in domestic and foreign investments in US chemical manufacturing in recent years, and production and export of plastics is expected to rise as a result. Net US plastic resin exports will more than triple by 2030 compared to 2014, increasing from $6.5 billion to $21.5 billion, according to a report from the American Chemistry Council and Nexant Consulting. Among the packagers and distributors pursuing export opportunities, a new company called Sea Pac LLC is spending $32 million to build a shipping hub for plastic resins near The Port of Charlestown in South Carolina. The company, which is expected to be operational in early 2017, will transfer plastic resins delivered by rail to containers for shipment overseas, according to Plastics News.