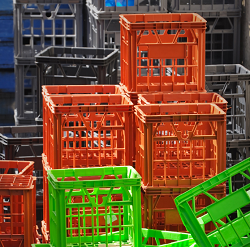 M&A activity for North American based target companies in the Plastics & Rubber industry for Q1 2016 included 18 closed deals, according to data published by industry data tracker FactSet.  The average transaction value was $49 million.

One of the major deals in the sector this year was Trelleborg A.B. and Freudenberg Group moving forward with a plan where Freudenberg will become sole owner of joint venture TrelleborgVibracoustic GmbH. The acquisition of Trellborg’s half of the JV is based on an enterprise value of a little more than $2 billion. The company will receive about $7.7 billion in addition to a dividend of $1.6 billion it received in December, putting the total value of deal at approximately $9.3 billion.

The global market for reinforced plastic composite materials is forecast to rise 3.5% per year through 2020, according to a recent report by BCC Research. Growing demand for carbon fiber-reinforced resins is expected to be partially driven by the automotive industry’s need to meet increasingly stringent fuel efficiency requirements. Replacing metal automobile components with ones made from carbon fiber helps automakers reduce vehicle weight in order to comply with US Corporate Annual Fuel Economy (CAFE) standards, which rose to 35.5 miles per gallon for the 2016 model year. By the 2025 model year CAFE standards will require auto makers to have average fuel economy of 54.5 miles per gallon.