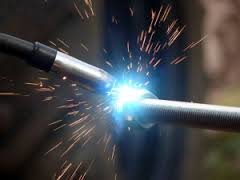 US industrial production of fabricated metal products increased about 4 percent in December 2014 compared to the same period a year earlier. Forgings and stampings saw some of the largest gains, with growth of more than 10 percent. Improving US construction spending likely contributed to a 6 percent increase in architectural and structural metals production. Fabricated metal product manufacturers also likely benefited from increased production in some key end-use OEM markets. US machinery production rose 12 percent in December 2014, and production of motor vehicles and parts grew 7 percent. Production of aerospace products and parts increased about 4 percent.

Global demand for machine tools is expected to reach more than $140 billion by 2020 amid a steady rise in manufacturing activity, according to a recent report by Global Industry Analysts. US manufacturers are forecast to continue to re-shore some operations amid higher labor costs in China, high transportation costs, and the difficulties of maintaining far-flung supply chains.

US capital spending for machine tools is forecast to rise 37 percent in 2015 compared to 2014, according to a recent survey by Gardner Business Media. High rates of capacity utilization by machine shops and other heavy users of machine tools, including metalworking machinery, suggest companies may have to invest in capital equipment purchases to keep up with new orders.