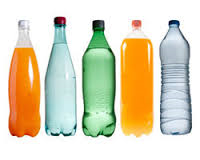 One of the largest food & beverage deals of the quarter was announced in July when French dairy company Danone SA agreed to buy U.S. organic-foods producer WhiteWave Foods Co. for $10.4 billion. The move is an example of M&A Trends in the Food & Beverage Industry large food companies paying strong multiples to get a footprint in organic product lines.

Food producers may have to spend more for in-house testing to determine whether their products contain GMOs as a result of a new federal labeling law. A new law requiring the USDA to develop a nationwide standard for labeling foods containing genetically modified organisms (GMOs) is expected to result in higher costs for food manufacturers. The law, approved in summer 2016, will require companies to disclose GMOs through text labels, symbols, or digital codes (such as QR codes). The USDA has been given two years to finalize the rules. The USDA is also tasked with determining the amounts of GMO substances present in foods necessary to prompt labeling, according to Food Safety News. The law’s supporters, which include many large food companies, trade groups, and retailers, contend that federal rules will counter a patchwork of state-level GMO labeling legislation. The legislation’s critics argue that the law could make it difficult for consumers to determine if GMOs are present in foods. Despite substantial scientific evidence that GMOs are safe, their presence in the food supply remains controversial.