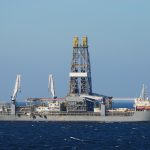 The report below presents you with a good overview on the second Quarter M&A activity in the Energy Industry Sector.  M&A activity for North American based target companies in the Energy sector for Q1 2018 included 58 closed deals, according to data published by industry data tracker FactSet.

The price of oil remained relatively flat in Q1 2018 fluctuating from the high to low $60s.