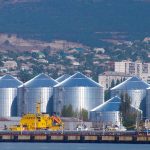 The report below gives a good overview of the fourth quarter M&A activity in the Energy Industry Sector. M&A activity for North American based target companies in the Energy sector for Q3 2018 included 130 closed deals, according to data published by industry data tracker FactSet.

During the past decade, the U.S. trade gap for energy products narrowed. From 2003 to 2007, the value of energy imports was about 10 times greater than the value of exports.