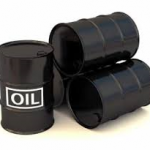 The report below presents you with a good overview on the fourth quarter M&A activity in the Energy Industry Sector. M&A activity for North American based target companies in the Energy sector for Q3 2017 included 69 closed deals, according to data published by industry data tracker FactSet. The average purchase price was $192 million.
According to data from the U.S. Energy Information Administration, U.S. crude oil production is estimated to have averaged 9.3 million barrels per day (b/d) in September, an increase of about 250,000 b/d from the August average.

Crude oil production in the Gulf of Mexico is estimated to have increased to a monthly average of 1.7 million b/d in September, following Hurricane Harvey, an increase of 70,000 b/d from the August level. As such the average price of gasoline across the US has remained relatively stable this year.