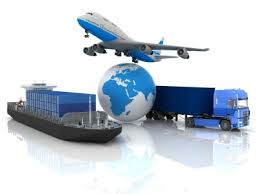 A growing number of technology companies in the US are setting their sights on streamlining the local trucking industry. Similar to the popular ride-sharing app Uber, new on-demand trucking services connect shippers and local truckers through smartphone apps. By eliminating broker fees and reducing carriers’ reliance on phone conversations, faxes, and emails, such services promise to reduce administrative costs for carriers and make it easier for shippers to quickly find trucks and track shipments on their smartphones. Two companies offering on-demand local trucking apps, Cargomatic and Convoy, have already raised significant funding that should help them expand operations. Cargomatic, which operates in California and New York, raised $8 million in Series A funding in 2015; Convoy, which currently operates in Oregon and Washington, raised $16 million in Series A funding in March 2016.

Demand for logistics facilities is expected to remain strong during 2016, possibly driving up warehouse rental rates. Global demand is up, according to a recent survey from JLL Americas, which features the opinions of 650 JLL logistics real estate experts across three regions: the Americas, Asia/Pacific, and EMEA. Global demand will continue to exceed supply of industrial real estate during the first six months of 2016. The Americas are predicted to remain slightly undersupplied while EMEA is expected to approach market equilibrium. Supply is expected to increase in the Asia/Pacific region as new projects come online. Rents are expected to grow the most in Asia/Pacific and EMEA during the first half of 2016.