M&A News in the Energy Sector 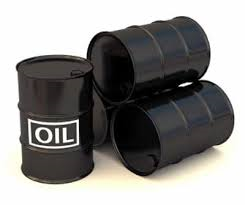 Falling oil prices in the energy sector are affecting valuations. Many owners are reluctant to test the M&A market as valuations have dipped significantly over the past six months.  Buyers, on the other hand, see the current market climate as an opportunity to acquire good companies at reasonable multiples. According to data published by Fitch Ratings, low prices for an extended period could lead to more acquisitions of smaller, potentially distressed companies by larger ones, while reducing the major oil companies’ ability to finance their operations through disposals. The combination of lower operating cash flows, fewer disposals and some potential acquisitions could put major oil companies’ credit metrics under pressure. However, the impact would depend on how they respond, as some might choose to cut capex and exploration expenses, while others might decide to operate with higher leverage, which could lead to downgrades if sustained. There has been a large number of private equity backed energy companies formed over the past five years capitalizing on the fracking trend. Many of these companies have significant debt to service, which could spark a flurry of M&A activity – even if multiples are lower than many of the sellers would like.

Industry publication World Oil’s annual forecast and review predicts that West Texas Intermediate crude oil prices will average about $55 per barrel in 2015. If this comes to fruition, exploration projects that require crude prices of more than $50 per barrel to break even, such as Arctic drilling and crude exploration in Canada, will likely lose funding. Shale drilling in North America is also expected to decline. New well activity in Texas, which leads the US in oil production, is expected to fall nearly 24 percent in 2015. Louisiana, North Dakota, and Oklahoma are also expected to see declines. Overall, US drilling is forecast to fall by nearly 20 percent in 2015.