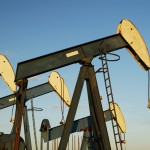 The report below gives a good overview of the third quarter M&A activity in the Energy Industry Sector. M&A activity for North American based target companies in the Energy sector for Q2 2017 included 44 closed deals, according to data published by industry data tracker FactSet. The average transaction value was $470 million.
One of the notable deals of the quarter closed in April when NOVA Chemicals Corp, a subsidiary of state-owned Mubadala Investment Co, acquired Williams Olefins LLC, a subsidiary of Williams Partners LP and ultimately owned by The Williams Cos, Inc., for US$2.1 billion in cash. The transaction allows NOVA Chemicals Corp entry to the US Gulf Coast market. NOVA Chemicals Corp. produces plastics and chemicals. Williams Olefins operates as a holding company with interests in the production of natural gas and petroleum products.