M&A News In The Consumer And Retail Industry 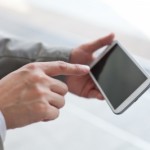 The report below gives a good overview of the third quarter M&A activity in the Consumer and Retail Industry Sector. M&A activity for North American based target companies in the Consumer and Retail sector for Q2 2017 included 118 closed deals, according to data published by industry data tracker FactSet. The average purchase price was $268 million.

Retailers who rely on 0% financing deals to encourage big-ticket purchases are facing leaner profits or the possibility of lost sales as interest rates rise, according to The Wall Street Journal. Historically low interest rates since 2009 have enabled US retailers to effectively cover the financing costs for customers by paying a bank or finance company a few percentage points of a product’s purchase price upfront: a practice known as “buying down the rate to zero.” As the US economy improves, the Federal Reserve Bank has begun raising rates, most recently in March 2017.