M&A News from the Transportation and Logistics Sector 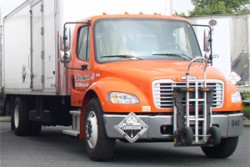 Many of the larger companies in the transportation and logistics sector are looking to M&A as a means to grow revenue and expand capabilities. A prime example is FedEx’s 2015 acquisition of 3PL provider Genco, which enabled FedEx to expand its ability to process returns and provide other third-party logistics services.

Companies involved in freight forwarding and logistics are increasingly looking to acquire businesses in other countries to grow sales and remain competitive. In a bid to increase its scale and reach, Danish transport and logistics provider DSV agreed to purchase US-based UTi Worldwide for $1.35 billion in October 2015. The combined companies will have employees in more than 80 countries and a significant presence in Europe, the Middle East, North Africa, and the Americas. Other cross-border deals announced or completed in 2015 include the acquisition of US-based APL Logistics by Japan’s Kintetsu World Express, US-based XPO Logistics’ purchase of Norbert Dentressangle (France), FedEx’s bid for TNT Express (Netherlands), Japan Post’s acquisition of Toll Holdings (Australia), and France Geodis’s purchase of US-based OHL, according to American Shipper.

A new online marketplace for temporarily unused industrial storage space may provide an opportunity for warehouse operators to increase their margins. Flexe is a startup that connects small and mid-sized companies needing short-term storage with warehouses that have space available for rent. The service may be especially valuable for suppliers whose inventory fluctuates significantly throughout the year, as many businesses distribute seasonal products that require more (or less) storage space during certain months, and warehouse leases are typically long-term and inflexible. The short-term market could be as big as 25% of the total US warehousing market, according to Flexe CEO Karl Siebrecht, as cited in a recent Fox Business report.