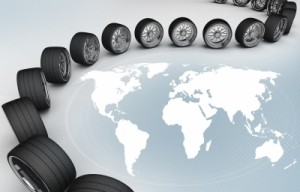 Many European plastics & rubber product manufacturers have not seen their costs drop even amid lower global oil prices, because supplies of raw materials have been constrained by petrochemical plant shutdowns at major plastics producers, according to the Financial Times. More than 40 shutdowns of European petrochemical plants, many of them unscheduled, took place in the first six months of 2015, compared to about 20 shutdowns during the whole of 2014. Many shutdowns have been due to underinvestment in plant infrastructure during the past decade.

Growing interest in passenger vehicles, rising exports of automotive plastics & rubber components, and increasing regulation of vehicular emissions are creating increased demand for automotive plastics in Brazil, Russia, India, and China (the BRIC countries). In a bid to expand its footprint in India’s growing automotive market, LyondellBasell agreed to acquire SJS Plastiblends, an India-based manufacturer of thermoplastics, in August 2015. The automotive plastics market in BRIC countries, which was valued at $11.2 billion in 2014, will experience a compound annual growth rate of 15.4% between 2015 and 2020, according to a recent report by Future Market Insights. The market research firm identified polypropylene, polyurethanes, acrylonitrile butadiene styrene, and polycarbonates as the materials with the highest automotive industry consumption rates. The automotive sector is one of the largest markets for plastics & rubber, which are used for parts ranging from upholstery and interior trim pieces to engine components and exterior panels.