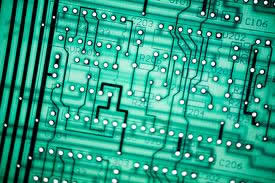 One of the largest M&A deals of the quarter in the sector was information provider IHS (IHS) announcing plans to acquire its London-based rival Markit (MRKT), in a deal valued at $13 billion. The new company – IHS Markit – will have combined revenues of $3.3 billion and more than 50,000 customers globally, including 75% of the Fortune 500. This could have a large impact on the financial data sector, which is currently dominated by Thomson Reuters.

The biggest telecom announcement of the quarter was Vodafone, the world’s second-largest mobile operator by subscribers after China Mobile Ltd. Vodafone said it would pay €1 billion ($1.12 billion) to Europe-focused Liberty Global as part of the deal to combine their businesses in the Netherlands. Led by social media powerhouses Facebook and LinkedIn, North American technology equities had a very strong Q1.

The growing popularity of virtual reality (VR) systems such as Oculus Rift, Sony’s PlayStation VR, Microsoft’s HoloLens, and HTC’s Vive is creating demand for development of new 3D software. Shipments of virtual reality headsets are forecast to jump from just 140,000 in 2015 to 1.4 million in 2016 and up to 6.3 million in 2017, according to Gartner. Software for VR headsets primarily includes games and other consumer content for entertainment. However, an emerging opportunity comes from academic and business applications for training, simulation, and equipment troubleshooting. Examples include allowing medical students to explore human anatomy in 3D and helping companies attract potential customers through interactive product demos.