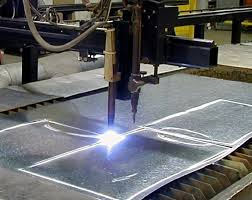 M&A activity for North American based target companies in the metal fabrication sector for Q4 2016 included 46 closed deals, according to data published by industry data tracker FactSet.  The average transaction value was $62.8 million.

Global demand for steel is expected to rise 0.5% in 2017 compared to 2016, according to a recent report by The World Steel Association. Key challenges include uncertainties related to the UK’s vote to exit the EU, along with China’s efforts to shift its economy toward services and consumption, with less investment in manufacturing, exports, and construction. Demand in China is forecast to drop 2% in 2017. However, some emerging markets should experience robust growth in steel demand. Amid government investments in infrastructure, India’s steel demand is forecast to increase 5.7% in 2017. Other key pockets of steel demand growth include Turkey (with 4.2% growth expected), Brazil (3.8%), and Mexico (3.2%). In developed markets, steel demand is forecast to rise 1.1% in 2017, led by the US, which should see demand grow by 3%. The EU and Japan are each expected to experience a 1.4% increase in steel demand.