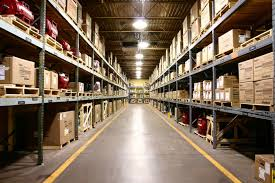 M&A activity for North American based target companies in the Logistics & Transport sector for Q3 2016 included 55 closed deals, according to data published by industry data tracker FactSet.  The average transaction value was $197 million.

One of the largest deals of the quarter in the Transport & Logistics sector  took place in September when XPO Logistics announced it would acquire Con-way Inc., one of the country’s largest trucking companies, for $3 billion. XPO will launch a tender offer for all of Con-way’s outstanding shares at a cash price of $47.60 per share. All of the divisions under Con-way, which include Con-way Freight, Menlo Logistics, Con-way Truckload and Con-way Multimodal, are expected to be rebranded as XPO Logistics.

Developers of self-driving vehicles are moving closer to delivering technology that could improve safety, increase productivity, and reduce operating costs for trucking companies. Citing potential safety benefits, the US Department of Transportation issued federal policy for testing and deployment of automated vehicles in September 2016. The framework clarifies federal and state roles for the regulation of such vehicles, laying necessary groundwork for companies that plan to deploy self-driving cars and trucks. One such company, Otto, plans to start hauling freight with semi-autonomous vehicles sometime in 2017, according to Reuters. Commercial use of fully automated trucks is likely still many years away, and manufacturers will have to overcome significant challenges, including vehicle technology, inadequate infrastructure, and high development costs. However, Otto’s viability got a boost in August 2016: the company was acquired by Uber for $680 million.