Is This the End of Valuation Discounts for Intra-Family Transfers of Ownership Interests? 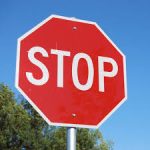 On August 2, 2016, the U.S. Treasury Department released proposed regulations that pertain to IRC Section 2704. The intent of the proposed regulations is to eliminate the use of valuation discounts with respect to the transfer of ownership interests between family members. Consistent with the rulemaking process of proposed regulations, the submission of written comments must be received by November 2, 2016 and a public hearing is scheduled for December 1, 2016.

To gain a better understanding of how these proposed regulations came into existence, it is beneficial to look back at some legislative history. Chapter 14 of the Internal Revenue Code (i.e., Sections 2701 through 2704) became law in 1990. Chapter 14 is entitled “Special Valuation Rules” which specifically pertains to the federal estate, gift and generation-skipping transfer tax. The adoption of Sections 2701 through 2704 of the Internal Revenue Code was an attempt by Congress to eliminate the use of valuation discounts for tax planning and compliance purposes. Although there was a lot of attention placed on the use of family limited partnerships, the scope of Chapter 14, and the recently released proposed regulations, includes all family businesses such as corporations, general partnerships, limited liability companies, and other arrangements that are considered business entities.

The two valuation discounts commonly used with respect to the transfer of an ownership interest in a family controlled business are (i) the discount for lack of control and (ii) the discount for lack of marketability. To illustrate the effectiveness of valuation discounts, consider the tax case, Estate of Harrison v. Commissioner, 52 T.C.M. 1306 (1987). For estate tax compliance, the value of the limited partnership interest was stated at $33 million after valuation discounts were applied. The Internal Revenue Service argued that the value of the limited partnership interest was $59,555,020. The Tax Court ended up agreeing with the taxpayer’s valuation ($33 million) for estate tax purposes. The addition of Chapter 14 of the Internal Revenue Code by Congress was motivated, in part, by the result of the Estate of Harrison tax case.

Some of the language contained in the proposed regulations is intended to avoid the consequences of another Tax Court case, Kerr v. Commissioner, 113 T.C. 449 (1999). Members of the legal profession tend to view property ownership as a bundle of rights that is also subject to various restrictions. In the Kerr case there was an interesting issue about restrictions on the ability to liquidate only a portion of an entity that was transferred. Therefore, the restriction was not subject to the application of IRC Section 2704(b), which applies to restrictions on the ability to liquidate an entire entity.

To summarize, the proposed regulations provide for the following:

Moving forward, if and when the final Section 2704 regulations are issued, it will be interesting to observe how business valuation experts approach engagements for estate, gift and generation-skipping transfer tax planning and compliance purposes.