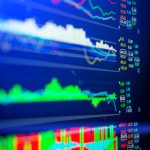 The fed funds rates continue to increase. Two more increases are expected this year. When the fed raises rates, banks raise the prime rate and the result is an increased cost to borrowers, both consumer and corporate. Short term treasury rates have increased as well.

So what do higher rates in the US mean? Typically, the expected result is a stronger dollar. One might reasonably wonder, however, why higher U.S. market rates have not provided more support to the dollar. That is not occurring. Why? Because this time higher rates in the United States mean higher rates in the rest of the world, too. This is very clearly seen in the LIBOR markets where the spread between LIBOR (London Interbank Offered Rate) and the OIS (Overnight Index Swap) has increased significantly to levels last seen during the financial crisis of 2008. Why? The impact of the new tax laws is forcing repatriation of US dollars. Historically, they would buy treasury bills, commercial paper and bank CDs. Now the money is coming back to the US to pay taxes. The result is a significant reduction in the demand for short-term treasuries, which in turn will push rates higher.