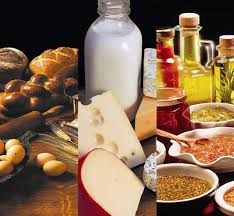 Activity in the M&A food and beverage sector over the past two years has been heavily driven by consolidation as large corporations gobble smaller brands in trendy sectors such as organic foods and energy drinks. However, there were also a fair amount of mega transactions over the same period as global brands looked to gain market share.  Tysons’ acquisition of Hillshire Farm is an example of a transaction where two meat-processing market leaders joined forces to make a strong case for domination in their space. According to First Research, an industry research organization, commodity pricing has a strong effect on industry dynamics. The price of critical commodities such as corn, soybeans, wheat, dairy, coffee beans, beef, poultry, vegetables and sugars and oils can increase significantly due to poor farm yields, unpredictable weather patterns and market reactions to government farm subsidies. One sector that may soon feel the impact of government policy is dairy. Dairy product manufacturers could see increased volatility in the market price of milk after the European Union phases out milk production quotas in April 2015. Established in 1984, the quota system caps the amount of milk that EU member states may produce annually – if a country exceeds the limit, as eight nations did in 2014, it must pay a tax penalty to the EU. Dairy product manufacturers can expect some volatility in global raw milk prices soon after the quotas are lifted, and they may be able to benefit from initial price declines as the food and beverage market responds to the additional supply.