Do 70% of all Acquisitions Fail? 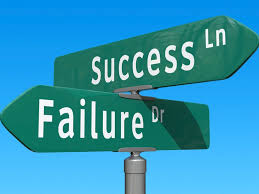 Do 70% of all acquisitions really fail?

With statistics like that it is surprising that there are 10’s of thousands of acquisitions reported every year.

So let’s dig a little deeper into the statement. For privately owned companies, the comment is most often based on academic studies around the answer to the question – “How well did the acquisition meet the acquirer’s initial objectives and targets?”

The studies treated an acquisition as a failure if it did not fully meet all of the initial objectives and targets.  That would mean that if the acquisition met every initial target, except that it generated an ROI of 22% when the target ROI was 23%, then it was a failure. Does that sound like a catastrophic failure to you? It doesn’t to me either.

The real observation should not be that “70% of all acquisitions fail”, but that “70% of acquisitions in some studies didn’t meet all of the initial acquisition objectives and targets.”  A very big difference, and one that hopefully reduces the high anxiety levels management teams must deal with when they start considering an acquisition program.