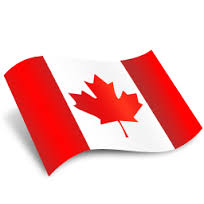 In 2015, Canada dominated the field of US cross border transactions, so we’re keeping a watchful eye on our neighbor to the north. One measure of Canada M&A health is private equity (PE) deal volume and value, which were at record breaking levels in 2015.  Buyers spent nearly $49 billion last year across 283 completed deals, according to Pitchbook, a private equity and venture capital database.

2016 is off to a slow start, as we have seen volume drop by 33% and value down nearly 16%.  This decline is not a signal of any fundamental shift in Canadian PE dynamic, but is, rather, a typical progression as fund managers swing from racing to complete deals by year’s end to deal sourcing anew, with the cycle coming full circle.

Like the United States, Canada is experiencing a trend toward smaller deals.  As we’ve mentioned before, financial buyers first look to large, well-managed companies with unique product offerings or niche markets to add to their portfolios as long as the price is right.  Over the past few years, competition for those prized companies has pushed prices to the stratosphere. As a result, many private equity investors have begun to focus on companies that have many prized company attributes but are smaller in size and fit their price objectives. In 2015, 61% of all transactions were smaller, add-on deals and as of the first quarter of 2016 that number is up to 68%.  Looking back, before the M&A bubble burst in 2008, 68% of investments were in larger, platform-size transactions so we’ve seen a huge shift in investment focus.

From a lending standpoint, Canadian banks are well capitalized and are aggressively lending to sponsors.  In addition, when compared with transactions in the US, the size of most Canadian deals are smaller, and thus less risky for lenders.