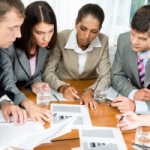 The great blizzard of 2015 left us snowbound in New England last week. So time for a little reflection.

I was talking the other day with a business owner I know. His company is successful and he makes about $1 million a year. Personal issues have him thinking about retirement. But he isn’t quite ready to put the company up for sale.

This scenario is pretty common in the dealmaking business. Owners think about selling all the time. But when it comes time to act, they often have a hard time pulling the trigger.

Why is that? For one thing, I think business owners are like athletes. They don’t want to leave the game early. They are natural born competitors. And deep down they worry about missing the action. After all what beats running a successful company?

But it doesn’t have to be an all or nothing deal. There is a middle ground. It is a “recap” – dealmaker shorthand for recapitalization. There are multiple flavors and levels of complexity but simply stated a recap means an owner can have his cake and eat it too.

It all starts with chemistry.

An owner and an investor meet and decide they can do business together. The owner is comfortable with the investor and the investor believes the owner is the right person to take the business forward.

The owner sells part of the business for cash to the investor who gets equity in return. Sometimes debt financing is involved, other times not. Either way, the owner and the investor are now partners in a relationship that can flourish over time, or backfire like a bad marriage unless there is healthy give and take.

The investors’ role is mostly financial, while the owner oversees the day-to-day. The important thing is there are two parties now working on business strategy and resources available to provide or raise additional capital to accelerate growth.

Sometimes a recap is for a majority interest; other times investors will acquire a minority stake. Either way the typical structure enables the owner to play a leadership role and retain significant equity in the business.

While over-simplified, the explanation above identifies a framework that can alleviate owner concern and bridge the gap between selling a business today and exiting over time. The recap strategy can be music to the ears of a business owner who isn’t quite ready to leave the game.

When I explained this idea to the owner I mentioned above his enthusiasm returned. He said he liked the idea of finding a partner who would acquire his business over time but not 100% right away. He was happy to hear he could remain on the field to support the team that helped build his business over the last 20 years.

Now the trick is to find him the right partner.