BREXIT on Display at the Farnborough International Airshow 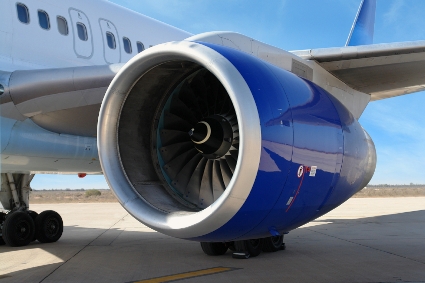 Front Row Seats for the End of the Commercial Aerospace “Supercycle”?

It goes without saying that Britain’s vote to exit the European Union, or the now familiar BREXIT, has had the media buying ink by the containership as opposed to the proverbial barrel.  Wall Street analysts, corporate forecasters and a fresh wave of armchair economists are all weighing in on what BREXIT will mean for global trade, U.S. interest rates and their retirement portfolios.

The Economics of Commercial Aircraft Orders

While it may appear overly simplistic the principle remains fundamental; a stronger dollar drives dollar-denominated commodity prices lower. The aerospace industry is aware not only of the sharp contraction in crude oil prices since the Thanksgiving Massacre in 2014 (who could miss the relentless media attention), but also of the nearly silent decline in jet fuel prices which has gone virtually unnoticed in the headlines.  As those lower prices have eased a major cost pressure, operators have drawn back the throttle and next generation aircraft and engine acquisitions driving slowdown in new order velocities.

The End of the Commercial Aerospace “Supercycle”?

The real trouble however, and what some might call the beginning of the end for the Commercial aerospace “supercycle”, is that a strong dollar often translates into lower prices for durable goods as well – and in particular the big ticket items that fly.

Fortunately, those of us in the aerospace & defense industry will get a front row seat in a couple of weeks to watch the canary singing (or dying) in the coal mine when the Farnborough International Airshow will mark one of the first major international commercial milestones on the heels of the BREXIT vote.

Since we all understand that large commercial aircraft are priced in U.S. dollars (dollars which have become dramatically stronger vs. the British Sterling in the past 3 days), we’re going to quickly get a sense of the effect the world can expect to see in other markets over the coming quarters and into 2017.

Lots of Questions, but Only One Matters.

The average person would guess our industry is asking questions like:

“What happens if a stronger dollar adds “more flap” to the commercial aerospace industry and orders and production fall off?”

None of us are asking that question. At least you shouldn’t be if you expect to ride out the turbulence. We’ve seen this episode before and we know what happens next.

We’re not too worried either, because OEMs and suppliers have developed some pretty reliable playbooks to respond to the ups and downs of an inherently cyclical industry and are mainly saying things like:

“Ok, it’s that time again.  How long do you think it lasts this time around?”

“What’s on deck for military programs? Any crash program opportunities we can use to fill in with Uncle Sam?”

As for the operators, it’s a buyer’s market so they’re probably pretty satisfied with BREXIT.  Lower fuel costs and cheaper planes will prove beneficial near term, at least while they themselves begin bracing for any potential recessionary factors that could hit ASMs further down the road.

Instead, the real question aerospace executives are turning over behind closed doors sounds more like:

“How do we strategically drive growth and shareholder value if we’re going to be facing organic headwinds on margins and volumes?”

Let’s be clear.  When they say “strategically” they’re not talking about well-conceived, efficiently planned and effectively executed growth initiatives and new product development.  They’re talking about acquiring more content/shipset volume and clawing back margins through operational acquisition synergies.  In other words, it’s blue skies ahead for a U.S. dollar-denominated corporate M&A feeding frenzy!

The one obvious caveat here is that BREXIT has shifted the cross-border acquisition arbitrage in favor of U.S. acquirers, making European acquisitions exceptionally affordable and even large scale transatlantic mergers a strong possibility. We also shouldn’t assume that the impact relates solely to potential U.K. targets; the E.U. nations have some issues that could surface before long as Germany is once again left holding the bag for the region.

The Smart Money is on Farnborough

Of course, we could be wrong about all of this. Next week could be a terrific surprise with strong pricing and backlog builds coming out of Farnborough.

Either way, while the eyes of the world are on London and parliament the smart money will be watching Farnborough!